HomeBlogsBlockchainHow Can Blockchain Technology Help In A Climate Crisis?

How Can Blockchain Technology Help In A Climate Crisis? 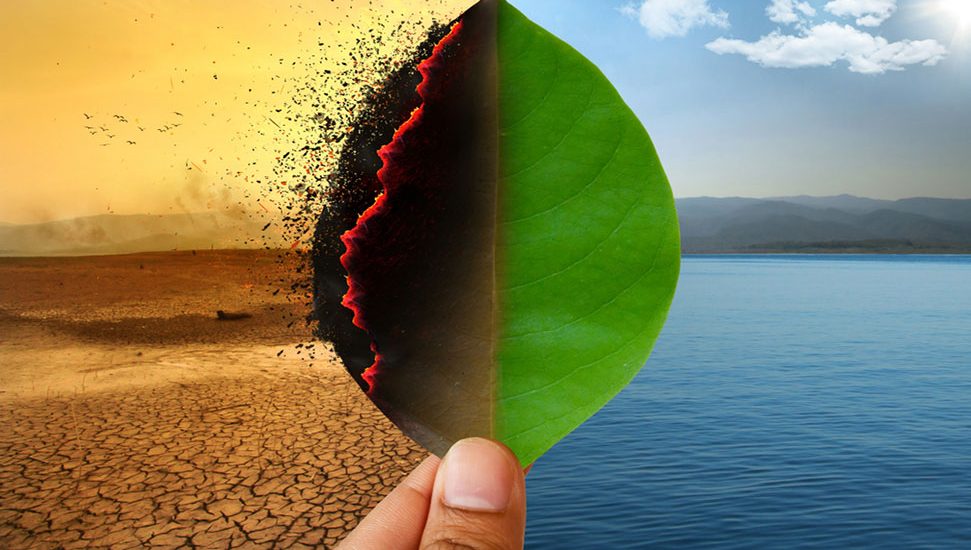 Climate change is a reality that has resulted due to global warming. It is quite evident that the world has failed to prevent global warming. What needs to be done to prevent further damage is known, however, no one really knows how to get there.

Global cooperation to prevent damages due to global warming is the need of the hour. It is quite evident that new mechanisms will have to be adopted and executed – if we need to leave a sustainable environment for future generations. Blockchain is one such technology that has the potential of achieving global cooperation for climate action.

Blockchain is a data structure that can hold or store data/information in a secured and encrypted manner. This data can be distributed simultaneously to all participants available in a network. The data stored in a blockchain cannot be modified or deleted, thus ensuring data authenticity.

A decentralised climate organization, which is based on the blockchain technology is a perfect scenario for better understanding. In such an organization, the companies, states, and individuals participate and the interactions within are enabled by so-called “smart contracts”. These contracts are pieces of computer code that run on top of the blockchain.

Such an organization can help the world prevent climate change in the following three ways:

Synchronized action to prevent climate change requires better information. One vital task is to ensure that stakeholders do not lay multiple claims on the carbon credits for the same carbon-offsetting activity. A digital ledger of carbon credits which is shared publicly can provide a more cost-effective solution to such a problem

Through the use of smart contracts, blockchain can ease the risk of backsliding – provided the states to support their commitments with a monetary deposit. Thus, if states fail to comply with their emission reduction targets, their deposit in the smart contracts can be redistributed as green coins to those states that have complied with their carbon emissions targets.

A decentralized climate organization that enables progressive transnational bodies to purchase pro-climate transformation is essential to prevent climate change. For example, many transnational corporations such as Google, Walmart, Apple, criticized the US government’s decision to withdraw from the Paris agreement. Under a decentralized climate organization, smart contracts offering compensation to the workers affected in exchange for a health reassurance by the US government to decarbonize the economy would have helped.

A decentralized climate organization would take into account the resources of billions and unite their efforts in battling climate change. In a blockchain network, anyone who is connected to the system can earn green coins by planting trees just like mining in the Bitcoin system.

A virtual entity for which governs climate requires people to accept to being administered by algorithms, at this moment this is definitely the toughest challenge of all.