Impact of Artificial Intelligence on the Construction Sector 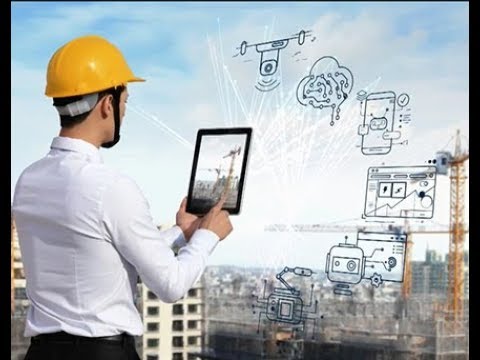 In the year 2016, the Alpha Go computer program (developed by Google Mind), surprisingly defeated the professional human Go player – Lee Sedol. A program that could defeat a difficult game such as Go, was not expected for another 5 years or so.

This event led to the Chinese government to announcing the next Generation Artificial Intelligence Development Plan in 2017 – a part of China’s strategy to become the global leader by the year 2030.

Corporations such as Amazon, Facebook, Tesla and Google dominate the Artificial Intelligence (AI) market in the US. Not to be left behind, Singapore has invested around 500 million US dollars on AI and different digital technologies through the year 2020. This in turn has attracted American and Chinese firms with policies supporting the AI research. Other global industries such as the construction industry have grown only by 1 percent over the last couple of decades. There has been a 3.6 percent growth rate in manufacturing and 2.8 percent for the entire world economy.

The spread of AI in the construction sector is not expected to be immense in the immediate future. However, this will change with time.

In AI, machine learning is an area that utilizes statistical methods to provide computer systems with ability to learn from data, without being programmed explicitly. As of now, speech recognition and machine vision have already exceeded human capabilities. Machine learning and AI can be used widely in the construction sector, a few examples this are:

Thus, AI can help control the dangers associated to a construction site as dangerous tasks will not be taken place on the sites. Also, AI technology, combined with new training, can help to detect and analyze safety hazards, tag site photography, and also send warnings when the protection equipment is not being used properly on the site.

To prepare for this shift, the various institutions associated with the construction industry need to create awareness about AI. Also, development boards such as the CIDB need to come up with an AI strategy. The key factor for AI deployment is collection of tagged data. Huge volumes of data are needed to enable the training of AI computer logarithms to learn and make decisions. Data professionals will be in huge demand. Such professionals will be bought in from overseas if the demand is not fulfilled here. Success of AI in the construction industry is highly based on how the Government plans the way forward.